So Bean, an update.  We rescued him less than a day old, the only orphan survivor from his litter.  A tiny little thing we worried and fretted over, since with no momma kitty and coming from a hoarder’s house he was exposed to like everything that would make him sick.  We called him ‘Bean’ because he was so small.

He didn’t look like a kitten, more like a little alien gray creature with a piercing plaintive meow when he was hungry or lonely.

He plays kind of like a kitten, and he’s much bigger now, happy, everyone picks him up and says “He’s so cute!!!” but is he really? 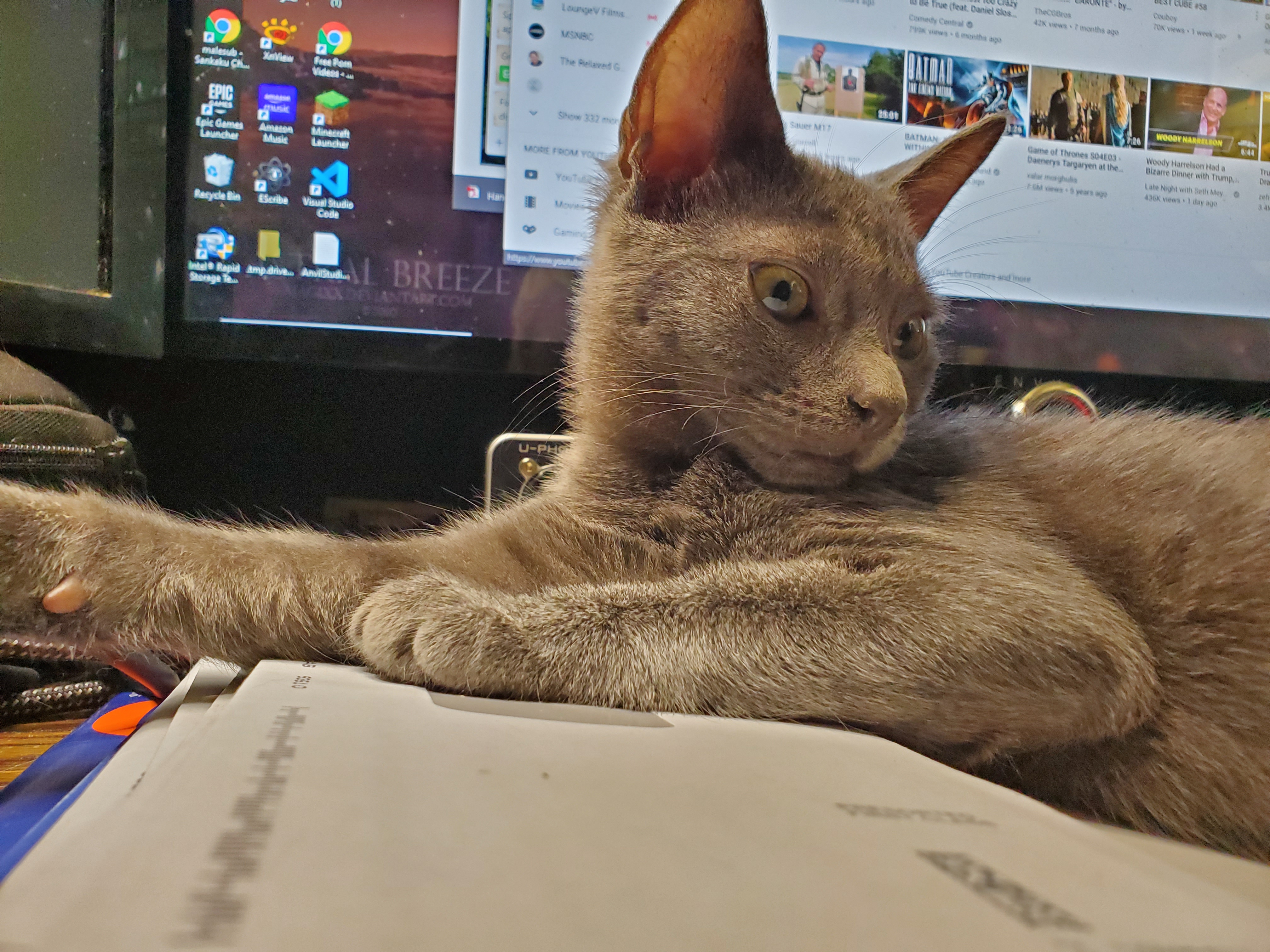 I love the little guy, from long nights where Cynthia switched off holding him close and keeping him warm and safe while bottle feeding him every odd hour, to now were he runs around like a crazy kitty, playing with the other free range kittens, and generally causing havoc (as kittens love to do). But he’s well, yes a bit different.

Here’s some pictures where he looks kind of like a kitten should, cuddling, watching the news with me, playing. 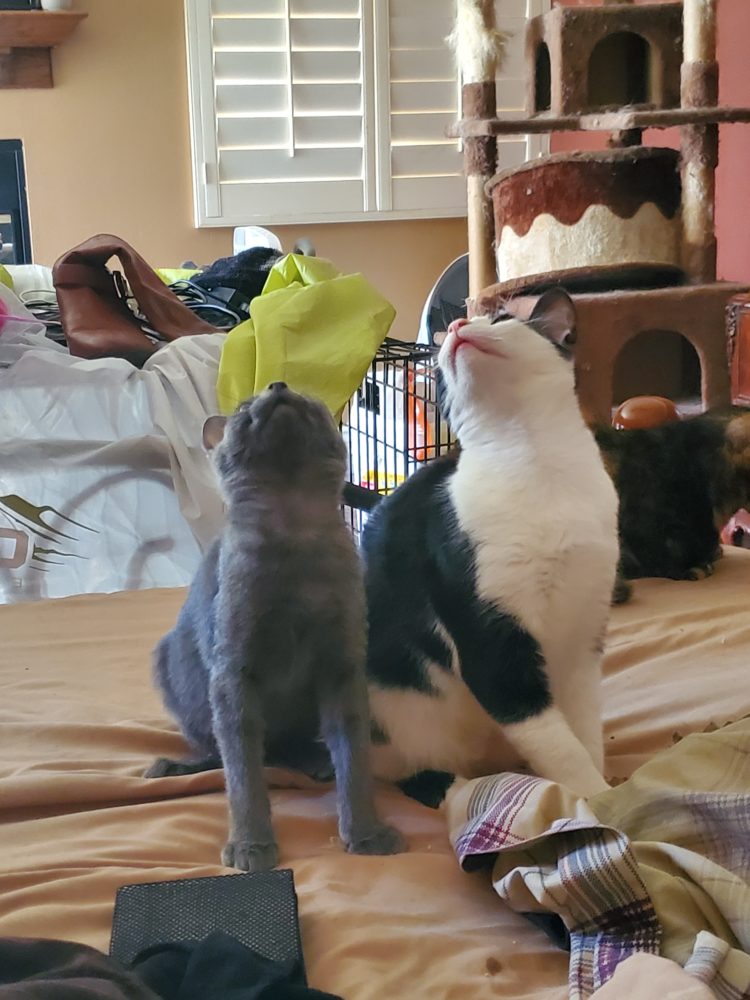 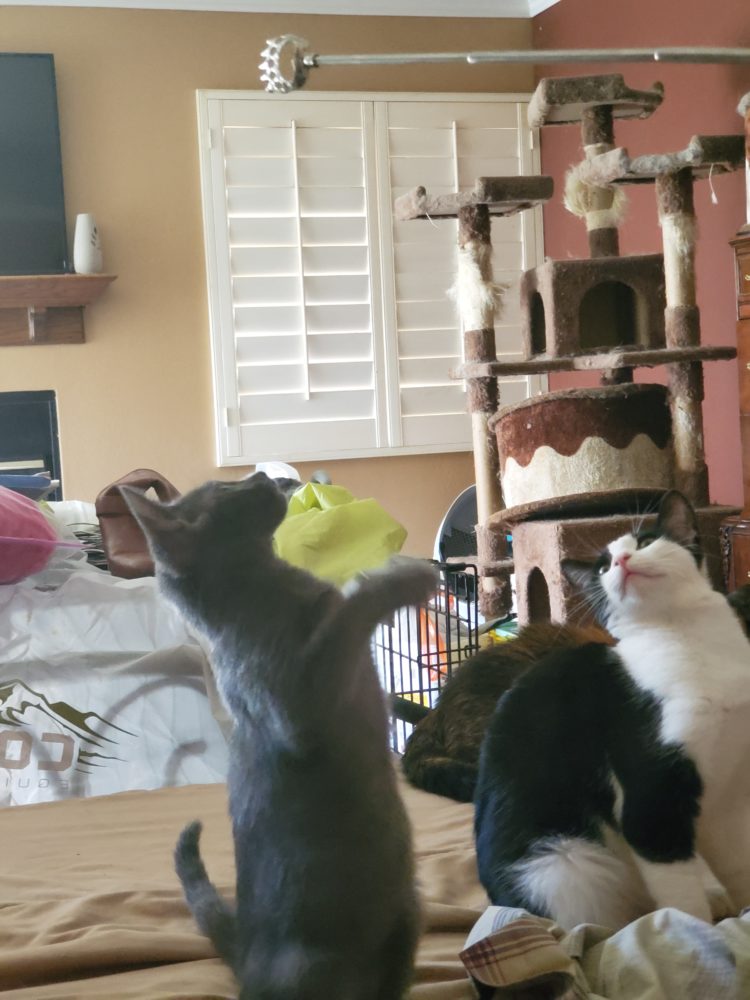 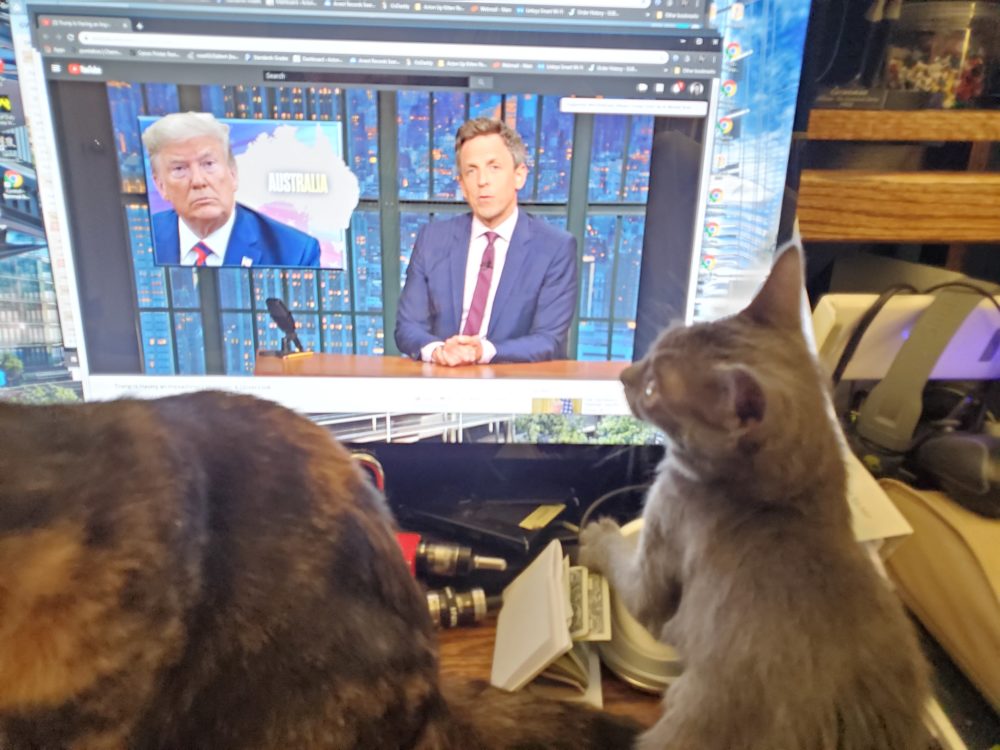 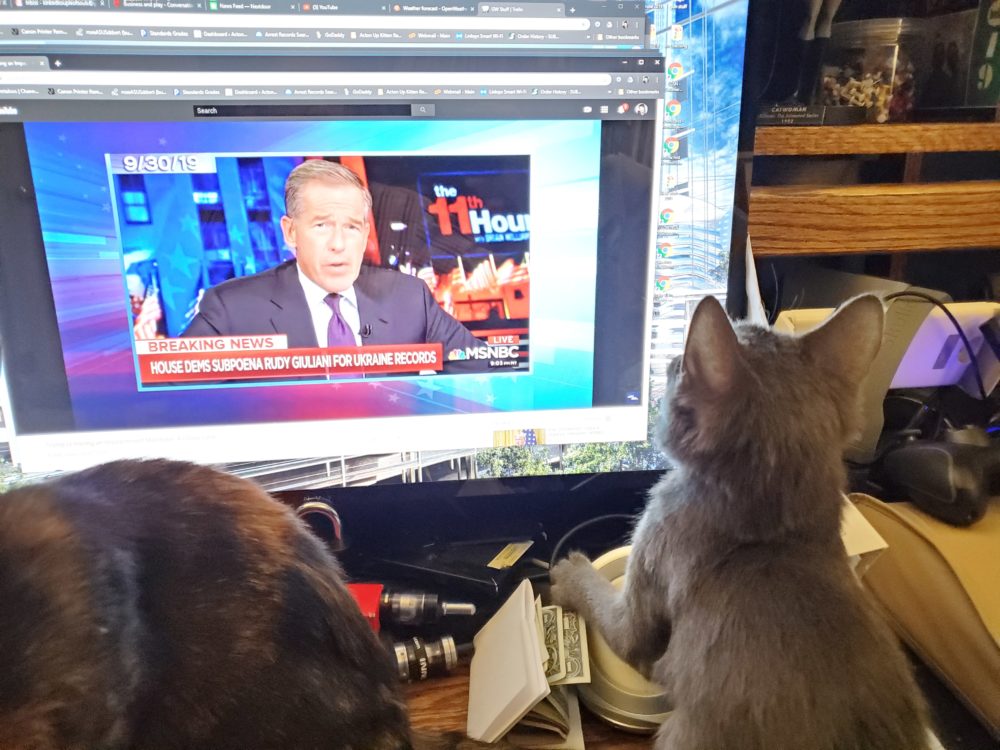 But, now I say this from a place of love, he’s a bit of a bug eyed crazy kitty.  Cynthia and I don’t know why everyone visiting gravitates to him, is it because he runs up to them and purrs instantly whenever he’s picked up?

Is it because he flips and gives people his belly when they hold him?  We don’t know, but he’s become our de facto mascot (he’s on the back of the Acton Up Kitten Van and on Cynthia’s rescue business cards). 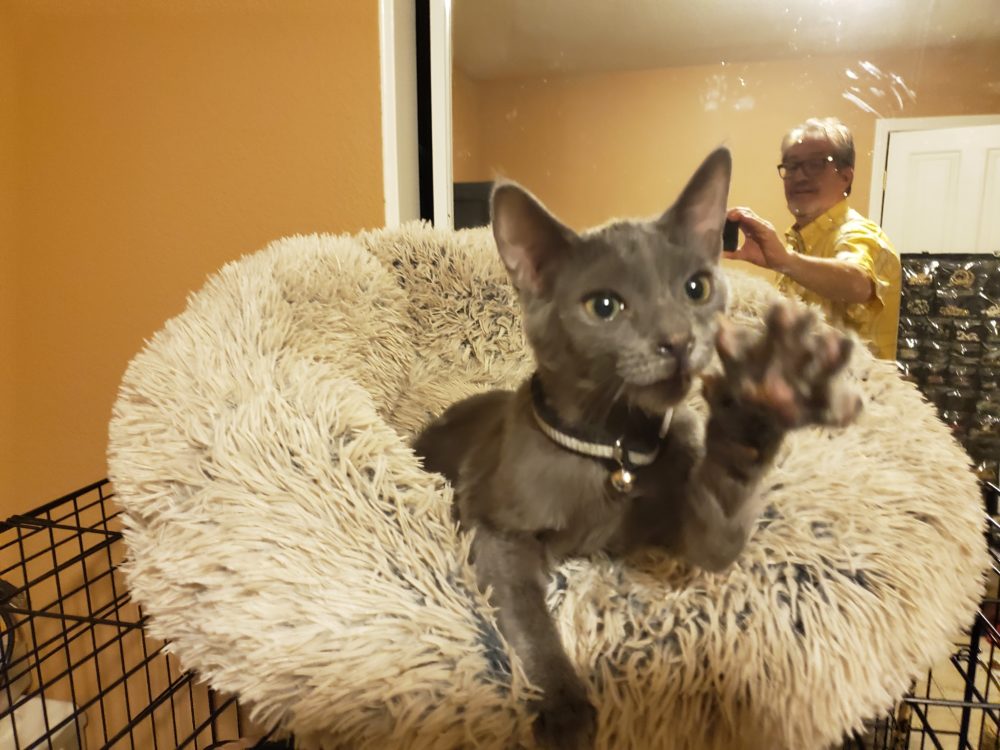 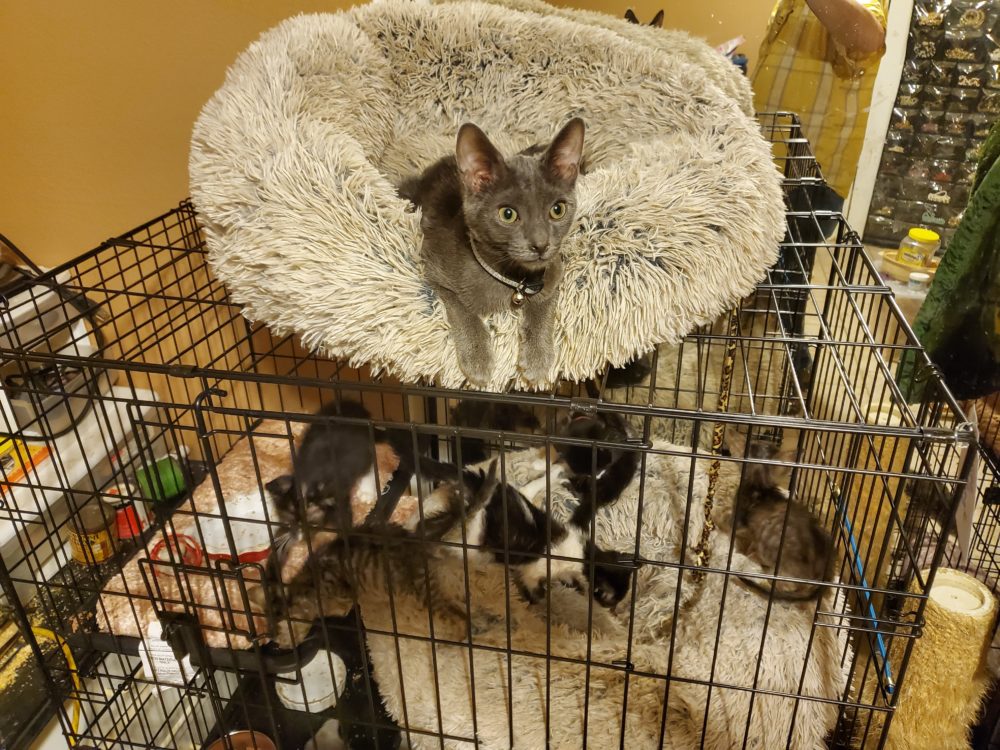 He’s a resident cat(?) now here.  And keeps on amazing us with how he isn’t quite like any of the other kittens, but special in his own way.  You take a look and be the judge.  The curious case of Bean, bugged eyed, purring powerhouse of gray fur. 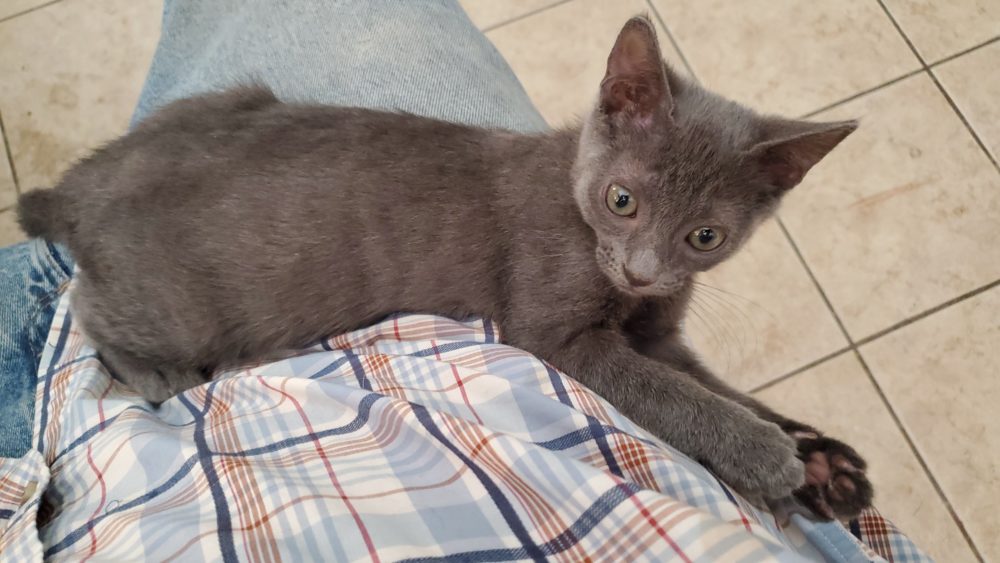 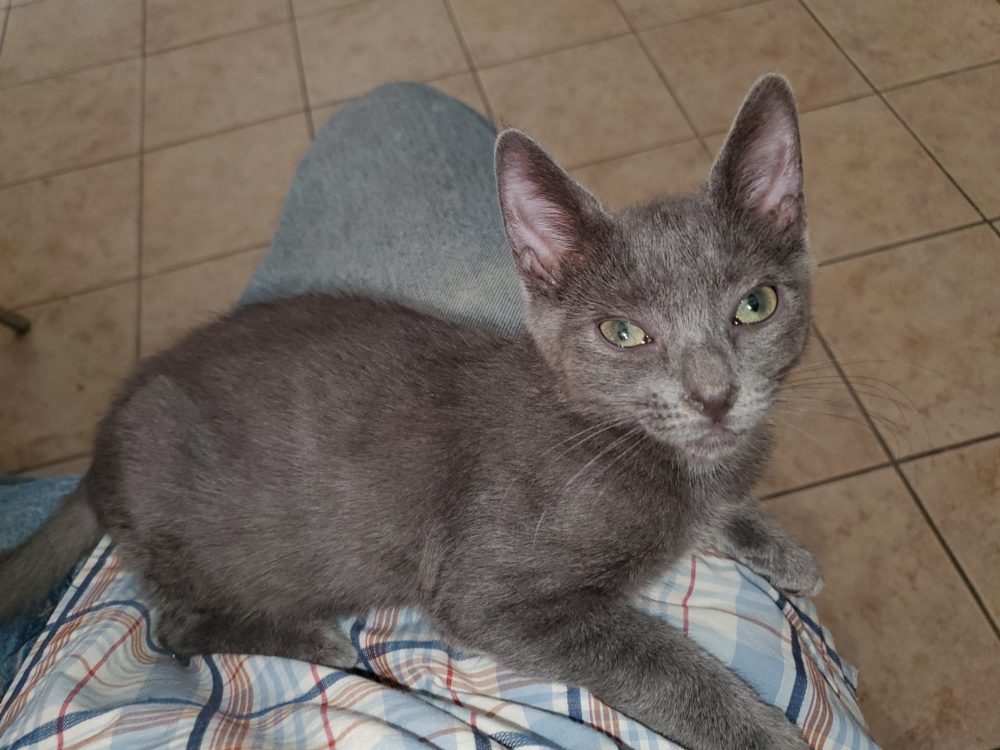