So, yesterday Cynthia was out showing pictures to the owner of a house where we rescued some kittens the Siamese kittens and it turns out there was a puppy that had been abandoned, thrown outside out front, little water, no food. So suddenly we have a rescue puppy with all the kittens. 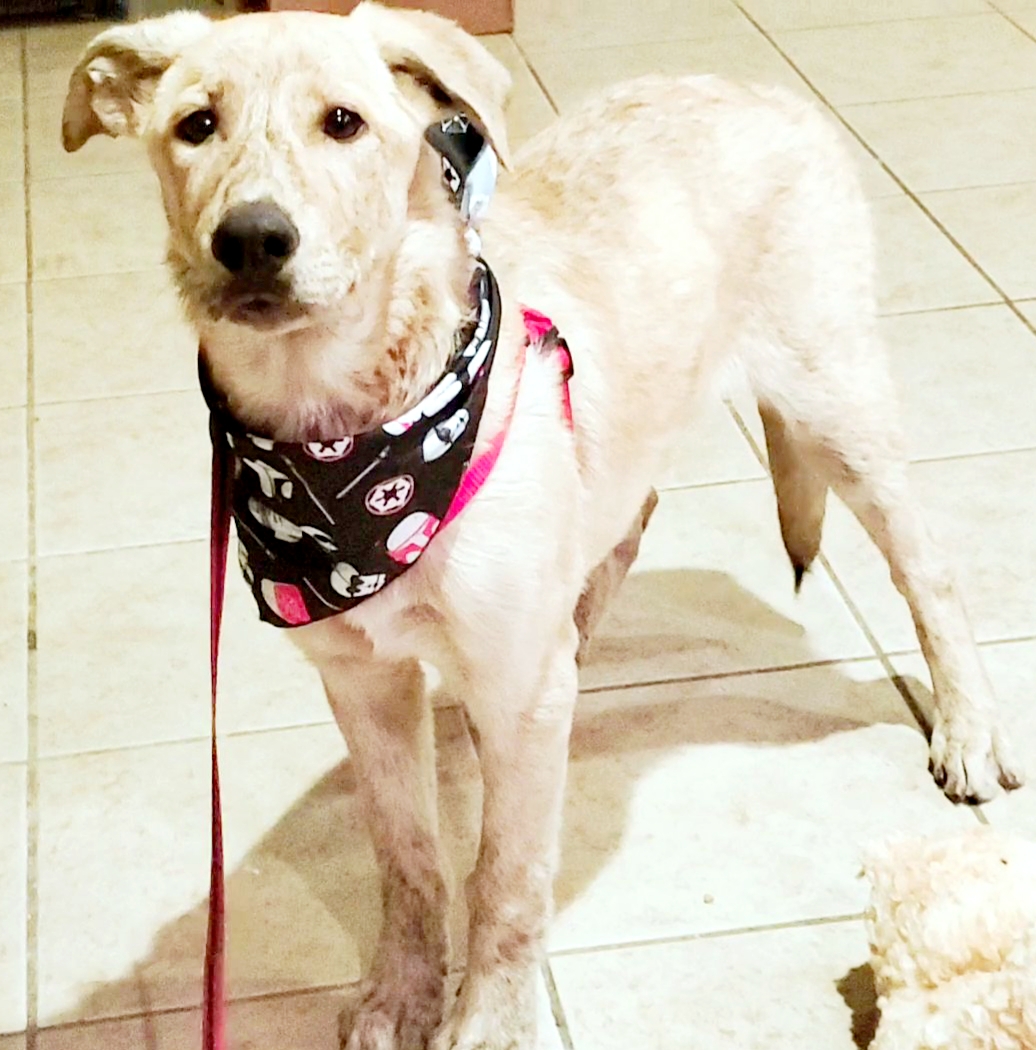 He looks like a Dutch Shepherd Golden retriever mix, he’s nice, calm, seems to like the kittens and is doing much better now. We think about 5 months old just a puppy.

So not a kitten, but he still hanging out at acton up kitten rescue with all the other little kittens. 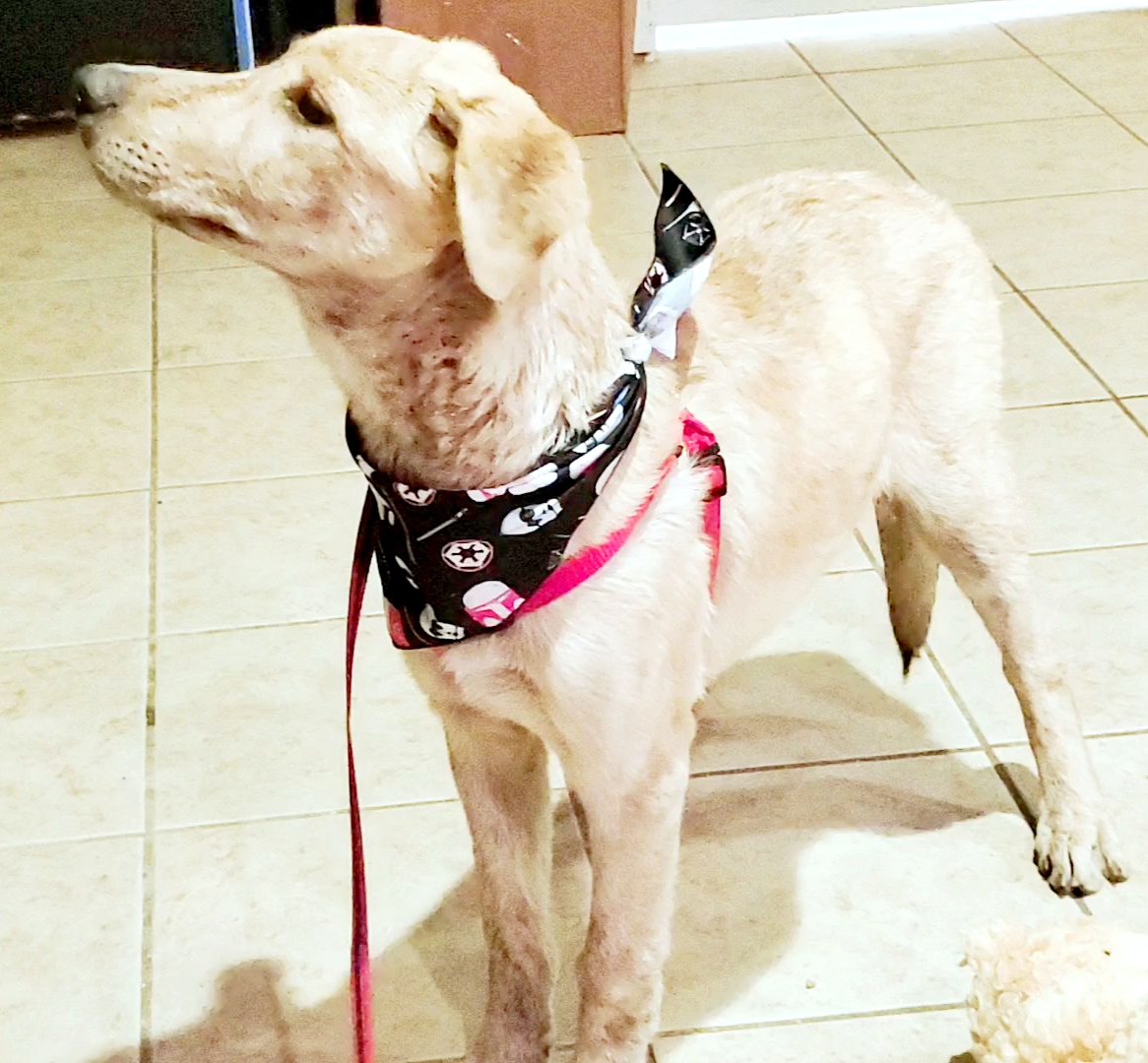 We were thinking about temporary names for him… we started with Lancaster for where he was found then 7th Street (what kind of name is that?! I protested) closer to where he was found, and then we ended up with Lucky 7, and quickly shortened it to just Lucky.

All animals deserve a chance and don’t deserve being abandoned.